Hello friends, today we are going to tell you in this article. About Vicky Ostwal who is an Indian cricketer who has showcased himself as an emerging player in the cricket world. He is a right handed batsman and slow left arm bowler and considers Ravindra Jadeja as his idol. Vicky plays for Pune domestically and is an excellent player. 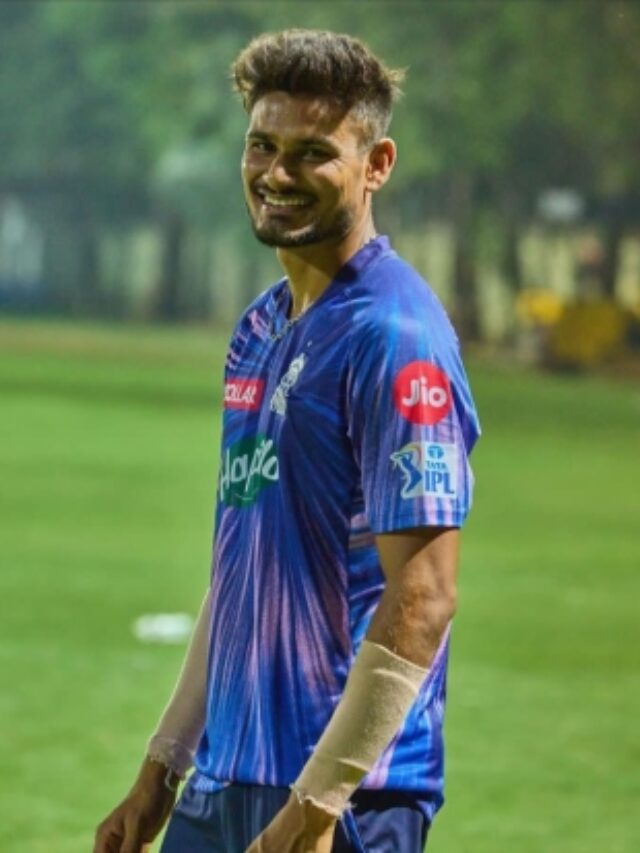 Vicky Ostwal was born on 1 September 2002 in Pune, Maharashtra. Vicky is a right-handed batsman as well as a left-arm spinner. Vicky was selected as a bowler in the Indian team in the ICC UNDER-19 WORLD CUP.

India has shown its strong performance in the ICC UNDER-19 WORLD CUP. Under the leadership of captain Yash Dhul, the Indian team defeated the South African team. The pair of Dhul and Vicky played an important role in this victory. While Yash Dhul’s bat scored 82 runs on the one hand, Vicky got the ball to spin with his fingers and took 5 wickets for just 28 runs. Vicky was also adjudged man of the match for this match.

Vicky Ostwal’s journey so far has been full of struggles. Vicky took up the bat from the age of 9. At that time Vicky used to go to Mumbai to play cricket at Vengsarkar Academy. 9-year-old Vicky used to travel daily from Lonavala to Mumbai by traveling in a local train.

Vicky traveled with his father in a local train for three to four years so that he could get closer to his goal every day. But most of Vicky’s energy was spent in this journey itself. Seeing this, Vicky’s coach Mohan Jadhav suggested Vicky’s father to shift to some place near the academy which would save Vicky traveling time and he would be more focused on his game.

Following this suggestion of the coach, Vicky’s father shifted to Pune along with the family. Vicky’s family started living in a rented house in Pune itself, from where a new journey of Vicky started.

The 19-year-old had also played an important role in India’s victory in the UNDER 19 ASIA CUP. In the final match of the Asia Cup, India faced Sri Lanka, in which Vicky won by taking 3 wickets.

If today Vicky is making the country proud by reaching this point and is showcasing his sports and skills, then the reason behind that is his sacrifice, his hard work and his family who supported Vicky in every path, which made Vicky life. Get hit for fours and sixes on every bouncer.

If we talk about love life, then there is no one in the life of cricketer Vicky Osatwal, he is single and not dating anyone. Right now all his focus is on his upcoming matches, for which he is working very hard.

MSME Full Form | How to do MSME registration

BiographyToday is your news, entertainment, fashion website. We provide you with the latest breaking news & info straight from the World Entertainment Industry.